NTK would love for voters to believe that she supports police reform - but she doesn't. NTK said that she opposes the implementation of "reform-type ideas" in the criminal justice system. While her opponent Ann Davison has been endorsed by reform-oriented leaders in Seattle's Black community like the Rev. Dr. Harriet Walden (the founder of Mothers For Police Accountability) and Victoria Beach (the head of the Seattle Police Department's African American Community Advisory Council), Nicole Thomas-Kennedy calls herself an anarchist, calls for an end to all policing in Seattle, and spends her free time sending profane tweets to Seattle's police chief. 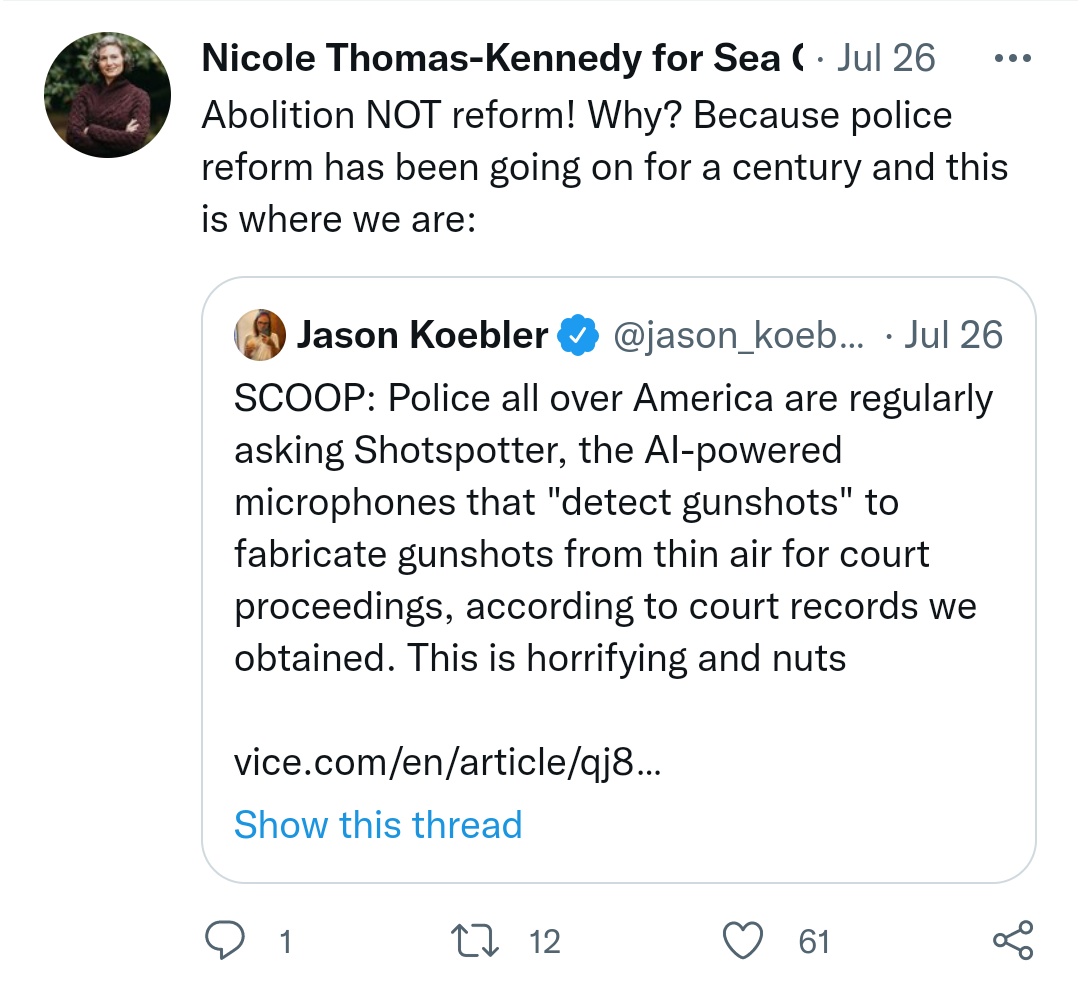 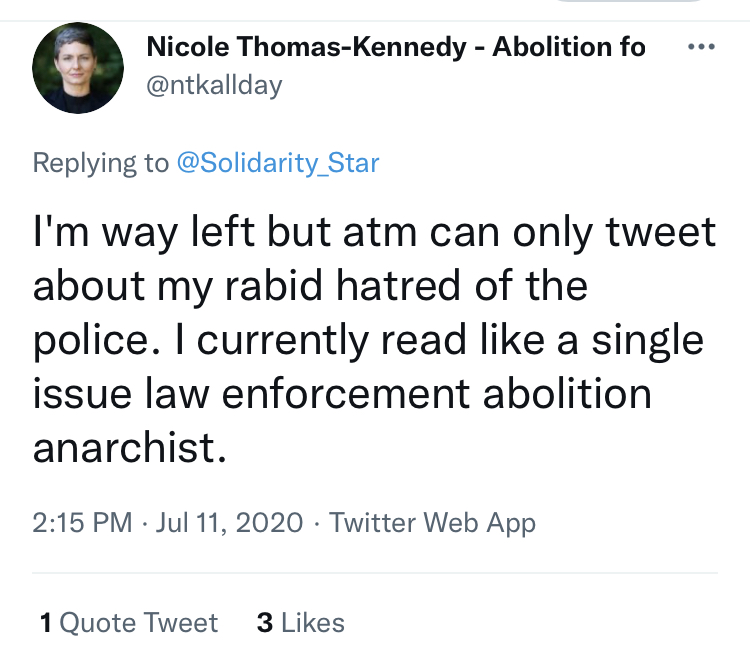 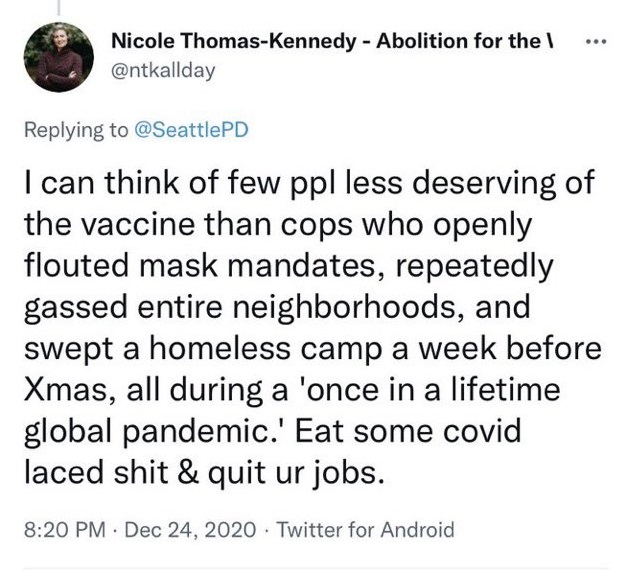 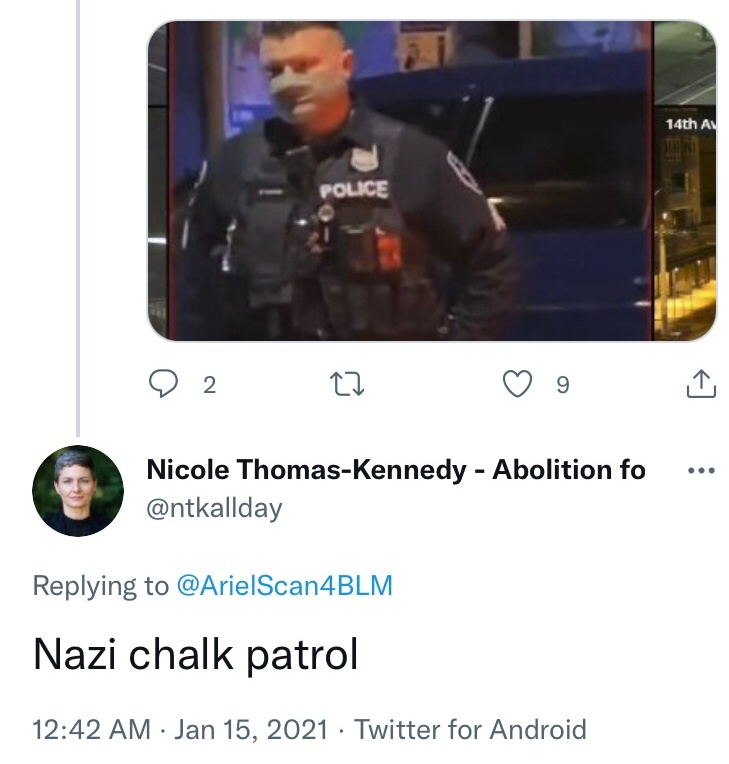 If elected City Attorney, Nicole Thomas-Kennedy would be responsible for defending the Seattle Police Department and its officers in court - something that she will likely be unable to do after spending a year saying SPD officers are "serial killers", don't deserve to be vaccinated against COVID-19, and should "eat some covid laced shit."

As City Attorney she would also be responsible for representing the City in the federal consent decree process. But NTK has called for immediate and massive cuts to SPD's budget, which puts her directly at odds with both the federal judge and police monitor responsible for overseeing the city's police reform efforts, who have said radical cuts are irresponsible.